Every GTA fan recalls how cool it was when Tommy Vercetti joined the Forelli family, who had featured in GTA III. Any fan of the series won't forget the joy we had when we saw Kent Paul in the desert near Las Venturas, during his chats about Ken Rosenberg, and later at the butcher, when Ken shouted "Tommy!" The new GTA world has more famous characters. Now they aren't … END_OF_DOCUMENT_TOKEN_TO_BE_REPLACED

There are so many arcade zones in Pune that finding the best one for your child can be challenging. The first thing you should do is check out reviews online. This will give you an idea of what other parents think about each place. It would be best to look at things like the cost and hours of operation. In this article, we will discuss tips for choosing the best arcade zone in … END_OF_DOCUMENT_TOKEN_TO_BE_REPLACED

We’ve seen how tech has improved many industries and its effect on the gaming industry. Many players can now experience their favorite games without leaving the comfort of their homes, and there are even technologies that let you directly interact with the games. Even as a sports bettor, you can improve the way you predict with top-notch technologies. One good example is the … END_OF_DOCUMENT_TOKEN_TO_BE_REPLACED

Are you excited by the eSports gaming world? Do you want to become a part of this growing industry? Not to worry; you can get into the space and become a professional gamer, earning big bucks. And like the best online casino and all about the topic, you’ll have access to a wide range of platforms where you can showcase your skills. However, before you join the space and … END_OF_DOCUMENT_TOKEN_TO_BE_REPLACED 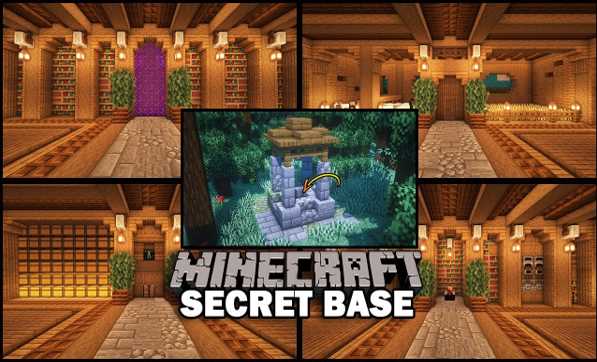 You might not be the kind of person who likes to make big, impressive buildings that people can see from miles away. Or maybe you want a secret headquarters that is hidden from your friends and safe from mobs. No matter what, this is the place to find underground bases that are unlike anything you've seen before. With this list of the top 5 underground Minecraft bases, you can … END_OF_DOCUMENT_TOKEN_TO_BE_REPLACED