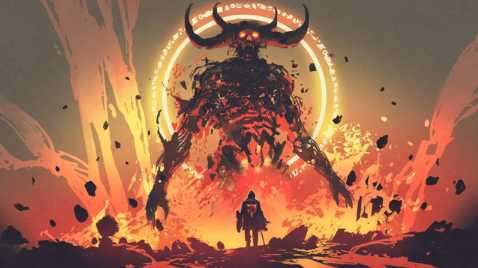 It all boils down to player preference

Runescape nowadays can refer to one of 2 things. One is the current iteration of the game, now formally called Runescape 3. The other is Old School Runescape (or 2007-scape), a reboot of the game as it was in 2007. They may have the same name and developers, but at this point, they’re two completely different games. We’ll explore what works for them and what doesn’t, so you can decide whether you’ll be farming for OSRS gold or RS3 gold.

OSRS is a relic of old-timey MMOs. Its combat didn’t go past point and click, occasionally clicking consumables or special abilities. The graphics are very dated. The main focus of gameplay is still grinding for skills and levels.

What it has going for it are the community-driven updates. Jagex will regularly poll their player base whether a feature or a new mechanic will be added to the game. That means players have input on the direction that the game is going, though of course, it’s still limited. It does, however, keep player interest and gives a sense of community.

It’s a sandbox experience as well. Past the tutorial, the game gives no expectations for the player. There’s no main quest or anything, the player is free to do what they want. They’ve got the freedom to enjoy whatever they want, and they can explore, quest, or train skills as they please. Many players like this aspect of freedom to have fun in the way they want.

Its primary method of monetization is through bonds. Old School RuneScape (OSRS) doesn’t have any microtransactions but paid members enjoy more in-game content. They have access to more skills, locations, and equipment than F2P players. It’s entirely possible to get bonds without paying for them directly. There’s farming enough OSRS GP, or choosing to buy OSRS gold. The latter option is frowned upon, however, so do it at your own risk. The black market that offers OSRS gold for sale may be convenient but it’s also a dangerous place.

In contrast, Runescape 3 is a very modern experience. It has very sleek graphics, an up-to-date combat system, and several quality-of-life improvements. RS3 is still a grindy game, as it is the core of the gameplay, but everything is more convenient here than in Old School RuneScape.

Runescape 3 has all the modern trappings of current MMOs. It has a more guided storyline, main quests and all. Sure, players do have the option to ignore it at times, but they’re limiting what they can do. The quests can open up locations or mechanics, so it’s best to save the freedom until they finish it.

One bad thing it got from modernization is microtransactions. Players can pay for the convenience of not having to grind their skills and levels. Membership is also an option for Runescape 3 (RS3), and like Old School Runescape (OSRS), it can be bought with RS3 gold as well. This convenience doesn’t sit well with some of the more hardcore players, but others want the option.

OSRS is for players who have a lot of time in their hands and love grindy games. The community is more active with more players in it, though of course, several bots also live there. Still, you’d see more players in OSRS than in RS3, so social butterflies would like it more than the emptier RS3.

RS3 is for those who want a more guided experience, better combat, and great graphics. Those who want the fast track to the endgame would also enjoy this. However, there are fewer active players here compared to OSRS, so making friends won’t be as easy.

It’s up to you to choose which game you want. Do you want the old-school experience or the shiny modern experience? Both games offer wildly different adventures and experiences, despite having the same name and developer. If you’re still on the fence, it might be best to try them out for free, and then commit to membership once you’ve chosen. The option to buy RS3 or OSRS accounts for sale is available, but again, at your own risk.

Have fun, and enjoy Runescape whether old-school or modern!